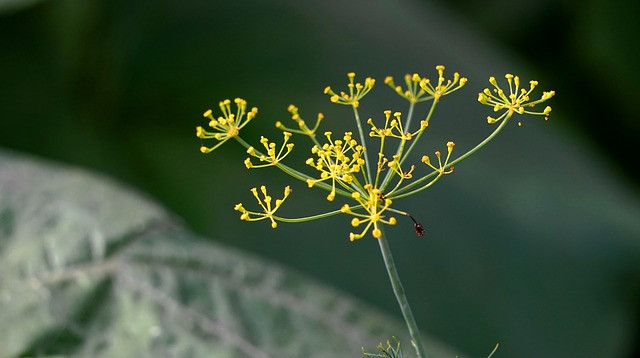 Dill is more than pickles, although it does elevate those briny veggies to heavenly heights! Actually, dill is really versatile. Those thin, pine needle-like leaves are incredibly aromatic, making dill many chefs’ secret ingredient.

You can cook with dill too, and trust us, it will change the way you see cooking herbs. Dill is simply in its own category.

Today we’re covering all there is about this special herb. What is dill herb? How to cook with it? And is it good for you? Get ready to become a dill fan, because this apparently delicate herb packs a punch.

Dill is an annual herb, and its name comes from the Norwegian word ‘dillia’, meaning soothing. Dill grows both in Europe and Asia, and today Turkey and India dominate the export market big time. The US buys the most dill, followed by basically all European countries — everyone loves the stuff! It comes without saying dill has a large fan base.

February and March are dill’s harvest season; it’s one of the first herbs to sprout after a cold winter. Easy to confuse with fennel, you’ll know you ‘ve found real dill for its thin leaves that can grow up to 60cm and its white yellowish flowers.

Dill is a fantastic ingredient in the kitchen, but as you’ll soon find out, it’s also quite nutritious and healthy. Despite not being so popular, it seems dill can do it all.

How to Cook With Dill

Dill has a distinctive flavor reminiscent of lemons, fresh cut grass and fluttering anise scents that give a comforting warmth. This makes dill a nice complementary flavor to lots of foods. It plays supporting roles very well, but too much of it can actually be overpowering.

You’ll find both fresh and dried dill in the market. They’re both nicely aromatic, but dried dill is a bit milder. Dill seeds are also flavorful and act like a spice, they’re similar to caraway seeds.

There’s a trick for using dill in your food. It loses flavor if cooked for too long, so you want to add it to your dishes as a finishing herb, just before plating. It’s a gorgeous garnish too.

Borscht, potato salads, lemon-dill flavored seafood, and even pesto tastes way better with a pinch of dill leaves. You already know dill is also the quintessential herb for pickled cucumbers and other briny preserves — it has no competition in that department.

Dill is a superbly nutritious herb. One hundred grams add one of the highest levels of vitamin A in any herb with 154% of your daily needed intake. Adequate amounts of vitamin B (Folate) and vitamin B2 (Riboflavin) are also well-received.

Too bad you only need small amounts of this herb to add flavor to your food, because dill is an authentic super food. Try adding more herbs to your diet. One spoonful at a time, your body will get nourished and well taken care for.

You know herbs are traditional medicine’s cornerstone since the beginning of times, and now modern medicine is looking into nature for answers as well. Dill is no exception. Here are some of its most exciting health benefits.

Flavonoids, terpenoids and tannins in dill are super antioxidants that can keep you safe from free radicals that can damage your body at a cellular level and cause premature aging.

Dill might protect your heart thanks to its antioxidant and anti-inflammatory properties, and some studies suggest it might lower cholesterol and triglyceride markers.

An aromatic compound in dill called d-limonene might prevent the development of lung, colon and breast cancer. More studies are needed but results so far are promising.

We told you dill was more than a herb to aromatize pickles, it has infinite uses at the table, and it’s a healthy herb to add to your diet as well.

With those sweet, herbal aromas, it wouldn’t surprise us to see dill climbing up the cooking herb’s popularity charts soon.

Cook with dill, and share this information with your cooking buddies, let’s see if we can make dill great again. That’s a ‘dill’ no one can refuse.

“The Darker Side of Belgium” Fermented Dilly Brussels Sprouts⁣
⁣
I bought two pounds of Brussels sprouts (I’ve never had much luck with growing them and decided to stop wasting garden space I could use to plant grown up cabbage instead) for two different ferments. Joke’s on me, I guess—I now know you can fit one and a half pounds in a half-gallon jar, leaving me a full pound shy of what I need for the kimchi I was hoping to make. Oops.⁣
⁣
Anyway, I made this experimental batch of dilly Brussels sprouts to test whether it’s possible to swap hing (asafoetida) powder for garlic to create an allium-free ferment. The brine smelled about like you’d expect going into the jar (which is to say, odoriferous), but after bubbling away on the counter for a few days it’s nowhere near as aggressive. I’ll give it a couple of weeks before checking to see whether this was a success or I’ve got a pound and a half of dilly failure sprouts to get through.⁣
⁣
Oh, and the photo is super noir because I was getting blown highlights on the pale parts of the Brussels sprouts so I kept decreasing both the light level and the shutter speed until I ended up with whatever this is.⁣
⁣
# “The Darker Side of Belgium” Fermented Dilly Brussels Sprouts⁣
⁣
## Ingredients⁣
⁣
- 1 tsp. mustard seed⁣
- 1 tsp. coriander seed⁣
- 2 dried Ethiopian Brown peppers⁣
- 3 bay leaves⁣
- 3 dill sprigs⁣
- 1 1/2 lbs. Brussels sprouts, halved⁣
⁣
### Brine⁣
⁣
- 1 1/2 tsp. hing powder[^hing]⁣
- 2 tbsp. salt⁣
- 1 quart water⁣
⁣
[^hing]: Aka asafoetida or asafetida. Add 6 cloves of crushed garlic to the other spices instead if you’re not experimenting with ways to remove alliums from some of your ferments.⁣
⁣
## Method⁣
⁣
Pack all of the ingredients into a 1/2-gallon jar in the order listed. Top with a primary follower and fermentation weight. Prepare and add the brine. Ferment for 2 weeks. Refrigerate.⁣
⁣
#fermentation #brusselssprouts #dill #dilly #experiment #hing #asafoetida #belgium #foodphotography #thingsinjars #alliums #food #green #hotpeppers #noir #ballcanning ...

2 thoughts on “What is Dill Herb & Is It Any Good”