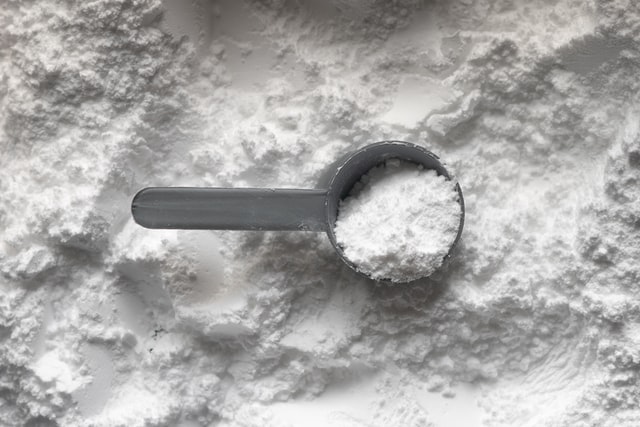 Agar powder, or better said, agar – agar, is one of the most exciting ingredients on the planet. There’s literally nothing like it. Have you ever heard of it? It’s known as vegetable-based gelatin, and this component has a fascinating story.

We can thank the existence of agar – agar to microbiologists, who found this jelly-like substance in a special red algae. The discovery of agar – agar goes back to ancient Japan, where legend says, “an innkeeper left seaweed extract out in the cold” only to discover a fantastic thickening agent that could solidify similar to gelatin. Here is all about what is Agar powder and everything related to it.

Why is agar – agar important?

Agar – agar is a plant-based thickening agent with a jelly-like (wobbly) structure. This is important because, before agar, the most common gelatinous agent was gelatin, extracted from animals’ hoofs, cartilage, and bones.

It comes without saying that animal-based gelatin has not many fans, especially with vegan and vegetarian communities.

Agar – agar came to change this, offering a fantastic alternative with immense uses in the food industry and our kitchens. A thickener, a gelatinous agent, a great source of fiber and a pretty healthy supplement. This is agar – agar and more. There’s just no substitute for it. If you’ve never heard about agar – agar, you’ll learn all there is about it today.

What is agar – agar exactly?

Agar – agar is a substance extracted from a red algae. It’s actually the component that forms the cellular structure in these plants. When extracted, you get a fine powder that forms a gelatinous texture when in contact with a liquid and heated.

It’s easy to see why this property has many uses to change food texture, but agar is much more than that.

To say agar – agar changed the way we see food would be an understatement; it is an authentic food revolution with unlimited uses in and out of the food industry.

Japan is where the algae compound was discovered, and it’s still an important agar producer, but you can now find agar – agar everywhere in the world.

How to cook with agar – agar?

You can thicken soups with agar – agar, and you can also make vegan ice cream. Non-animal gelatin is widely used in desserts, and it has many uses in the food industry as a clarifying agent when making beer, for example.

This is an all-natural product, so there are little-to-non health risks related to it, although too much of it might upset your stomach, so keep that in mind.

Where traditional gelatin fails, agar – agar succeeds. It has a higher melting point compared to animal gelatin, so you can create astounding dishes that otherwise would be impossible.

Gummy bears, mousse, jelly, puddings, and candy, you name it! Agar – agar can do everything gelatin does and much more; you can even bake with it.

Agar – agar might not be the most nutritious ingredient on earth, since it’s a single, concentrated compound that gives structure to algae, but our bodies can still benefit from it’s consumption.

Tradition and science have brought this extraordinary ingredient to us; now it’s your turn to make it yours.

Experiment cooking with agar – agar, thicken your soups and broths, make yourself an animal-friendly Jell-O, make vegan gummy bears, and much more.

Agar – agar is also a great supplement if you have digestive issues, so reasons to use this amazing ingredient abound. Agar – agar is sustainable, eco-friendly, vegan, well-priced and widely available. What’s not to love?

Add agar – agar to your recipes a little at a time and find your sweet spot. Trust us; few ingredients can change your cooking as much as this unexpected red algae. Add some science to your cooking. Be sure to checkout our curated spice shop to find a good quality of agar-agar.

2 thoughts on “What is Agar Powder”