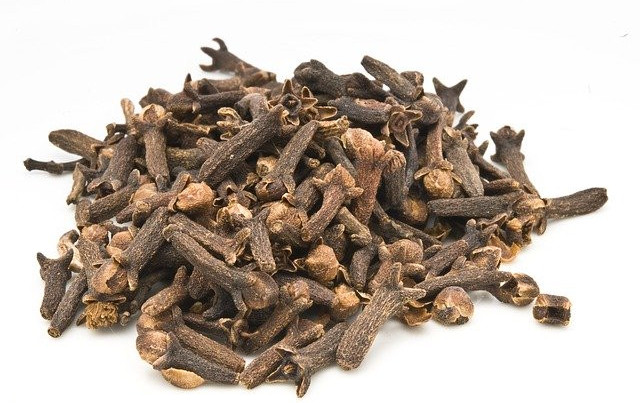 We all know and love cloves; the spice is evocative of the classic holiday baking specialties, but also fun spice blends like the Chinese Five-Spice blend and the Pumpkin Spice blend. Cloves are one of the most common spices on the planet, yet we know little of it.

Today we’re covering all about the aromatic bliss we call clove, what is clove spice, where it comes from, and how you can add it to your pantry.

Did you know the name clove comes from the French term, clou? It means nail. This and much more clove knowledge is on your way, so read on and learn something new. Can you smell the aromatic spice already?

Cloves are flowers, yes. They’re not seeds like most spices, but authentic dried flowers from the clove tree or Syzygium aromaticum.

The aromatic flowers were quite popular in China around the year 300 BC and reached the Roman Empire in the first century AD. The distinguished Roman naturalist Pliny the Elder praised the spice not only for its culinary uses but for the spice’s health benefits.

Cloves are native from Indonesia, from the Maluku Islands, to be precise. Actually, Indonesia produces 80% of all the cloves in the market, followed by Madagascar, Tanzania, India, and Sri Lanka.

Today, cloves are widely used in Africa, Asia, the Mediterranean Basin, the Middle East, and America. Cloves have taken over the world and for great many reasons.

The Science Behind Cloves

Cloves are intensely aromatic, a single trait that has made the spice a prized commodity worldwide. Behind that smell, there’s a compound called Eugenol.

Clove oil is around 80% Eugenol, so it’s safe to say we can attribute all the flavors and health benefits in cloves to this single molecule. Interestingly, Eugenol is also found in nutmeg, cinnamon, basil, and bay leaf. It’s used as an antiseptic and anesthetic, and in the perfume and food industries too.

Now that we have briefly visited the science corner, let’s explore the health benefits behind cloves and the powerful Eugenol.

One teaspoon of ground cloves, its most common form for cooking, adds only six calories to your diet, mostly coming from one gram of carbohydrates. Clove is an adequate source for fiber, too, with 1 gram of dietary fiber for every two teaspoons.

As for vitamins and minerals, cloves add an impressive 55% of your necessary daily intake for manganese, partially responsible for aiding metabolism, helping regulate blood sugar, and assisting against inflammation.

Last but not least, cloves add an adequate amount of vitamin K to your diet, necessary for blood health, and for regulating calcium levels in the bloodstream.

There are tons of uses for cloves in the kitchen. In the savory department, cloves can flavor soups, stews, and slow-cooked meat. The spice flavors fish sauces and rice in India, including biryani. And we could consider it one of the secret ingredients behind the famous garam masala spice blend.

The dessert, sweet drink, and baking departments fairly use cloves too. There would be no eggnog without cloves, or the amusing pumpkin spice. Gingerbread cookies and many holiday baking treats are livened with cloves. Is there anything these dried flowers can’t do?

Cloves, a Tasty and Healthy Spice

Whole or ground, in sweet or savory food, in the medicine cabinet or the kitchen pantry. Cloves are more than they appear, and that makes them extra special.

Cook with cloves regularly and fill your home with the warmest of aromas; you’ll feel sounder as well!

Feel free to shop for Cloves from out list of tried and tested cloved at curated shop.

Drop ❤ if this is useful. 👉 Follow plantsintoherbs and click their BIO to read the full article
🌿
Cloves are common in Indian cookery and alternative varieties of cooking as well. And this flavourful spice has several health advantages that will have you wanting to add 2 cloves to your diet every day.
#cloves ...

4 thoughts on “What is Clove Spice – One of the most Common Spice?”