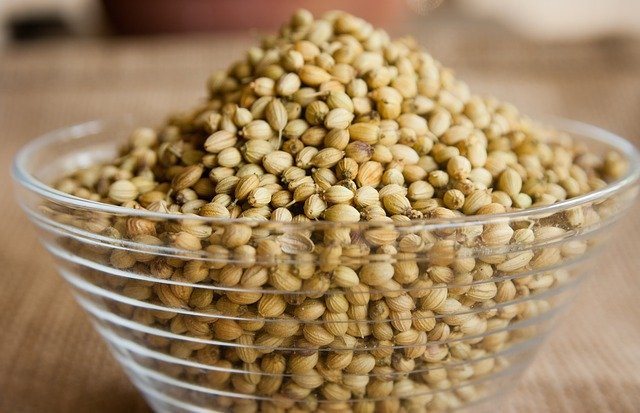 What is a Coriander Seed?

The coriander herb is a noble plant, it is used worldwide, and it’s hard to substitute. There’s something quite special about the coriander leaves, stalks and seeds, and our food would simply not be the same without it.

When it comes to coriander, there’s some confusion. There’re the leaves, and then there’re the seeds. Some people call it cilantro and others coriander. How is it used? Is it good for you? And why do some people dislike it?

Here’s what is coriander seed, coriander leaves, and every other question about coriander answered. Read on, and you’ll be a coriander expert in no time.

Coriander is an annual edible herb, and it goes by the name of cilantro too. All parts of the plant, the seeds, stems and leaves are edible and have distinct flavors and aromas. The enticing profile makes the plant quite prized in countries around America, Asia, Africa and Europe.

There’s no easy way of pinpointing the origin of the ubiquitous herb; it grows in the wild in North America, Southern Europe and Southern Asia. It doesn’t matter where it comes from, because today, both coriander seeds and coriander leaves are widely available worldwide.

How does coriander taste like? Because of the terpenes linalool and pinene, coriander leaves taste minty and citrusy, while the seeds taste warm, spicy, nutty.

How are coriander leaves used?

There are many uses for coriander leaves, but here are some of the most famous dishes containing the herb. In Asia, the Vietnamese pho and bahn mi, the Thai green papaya salad, the tom yum soup and curries. And Indonesian soups and broths.

How are coriander seeds used?

Coriander seeds are as widely used as the plant’s leaves, but they have a distinct profile, they’re spicy, nutty and earthy.

Often used in powdered form, coriander seeds are a critical ingredient in the Indian spice repertoire and are one of the major ingredients in the garam masala and Indian curries. The traditional lentil dish sambhar and the chutney-like rasam sauce depend on the seed’s flavor as well.

The Chinese add the spice to their food too, mainly to intensely flavored concoctions Sichuan-style, and in beef of lamb slow-cooked stews.

In the west, coriander seeds are widely used in pickles, and they’re also used to flavor wheat beers in Germany and Belgium. Coriander seeds have made their way into bread and baking treats as well.

What’s the difference between coriander and cilantro?

There’s a big debate regarding the difference between two terms, coriander and cilantro, despite being both the same plant.

Cilantro is a term used mostly in Spanish-speaking countries for the coriander leaves. The seeds in these countries are simply called cilantro seeds. Internationally, coriander is an accepted term for coriander leaves, and the seeds are called coriander seeds.

Although confusing, we’re talking about the same product. Whenever you see a recipe calling for either coriander of cilantro, make sure you double-check if it calls for the seeds or the leaves and stalks.

Why do some people dislike coriander?

We all like different things, and some people dislike the flavor in coriander in the same way other people dislike mustard. There are, though, people that can’t stand it, and it’s not because of their taste preferences but for their genetics.

According to the Britannica Encyclopedia, a genetic variation in a group of genes in charge of how we perceive aromas allows certain people to perceive compounds in the plant, mainly aldehydes, as soap or cleaning products, and no one wants to eat that.

Both coriander leaves and seeds are related to various health benefits, including:

Coriander leaves have a high amount of vitamins A, C and K. 10 grams of the leaves and stems will add 13.5% of vitamin A, relative to your recommended daily intake, 4.5% of vitamin C and a staggering 38.8% for vitamin K.

Coriander seeds have much fewer vitamins, but they add 16.8% of the dietary fiber you need for the day and a hefty dose of minerals, including iron, manganese, magnesium, calcium, copper and phosphorus amongst others.

Let’s give coriander some love!

Whether you call it coriander or cilantro, no matter if you cook with the leaves or the seeds, the coriander plant is awesome and can give an extra dimension to your food.

Get yourself a few fistfuls of coriander seeds and get cooking, because there are fewer ways of making your food so tasty with such ease, unless it tastes like soap to you.

You can shop from our curated list of coriander spice here

You either love or hate coriander. For the lovers, you'll want to try this pesto recipe from our archives -- just head to the link in our bio. For the haters, well... you might want to wait for the next Flavour-filled Friday post. 😉⁠
🌱⁠
📷. Thank you Phil Dudman for the photo and the recipe! 💚 🌱⁠
.⁠
.⁠
.⁠
.⁠
.⁠
⁠ ...

4 thoughts on “What is a Coriander Seed & How does it taste like?”